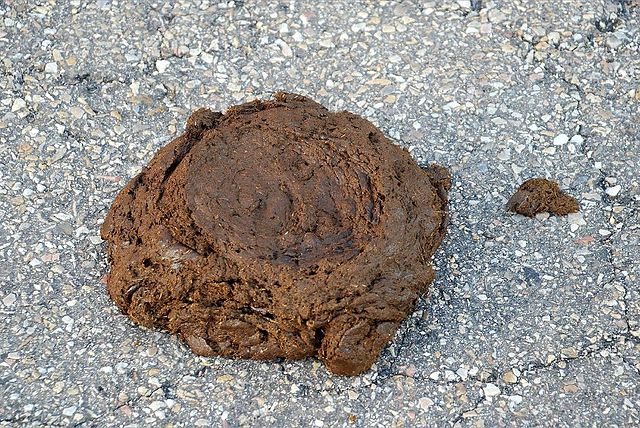 Earlier this week I posted a link to the Koine-Greek blog’s post on σκύβαλον in agricultural contexts. Today’s link is to their post covering σκύβαλον in urban contexts. The offer a few examples of the term’s use in those contexts, including those involving how to get rid of waste from city street’s. Citing Strabo, the author notes that the

situation seems to be that the people of the city consider rain storms as the best time to empty their chamber pots into the streets. That would normally be an effective strategy, but without drainage gutters, the σκύβαλα simply builds up on the paving stones. That is indeed not a small engineering failure.

You can imagine how disgusting that would be. It reminds me of the manure crisis London experienced in the late nineteenth century. One word: Gross.

The author also discusses a passage from Josephus’ War of the Jews wherein the Jewish historian writes that people were so desparate for food they resorted to eating animal refuse. Again, gross.

You can read the rest of the post here.

← SJ Thomason Gets It Wrong (As Usual)
Donahue and Harrington: The Suffering Just One →