Musings on Mark: The Sea of Galilee 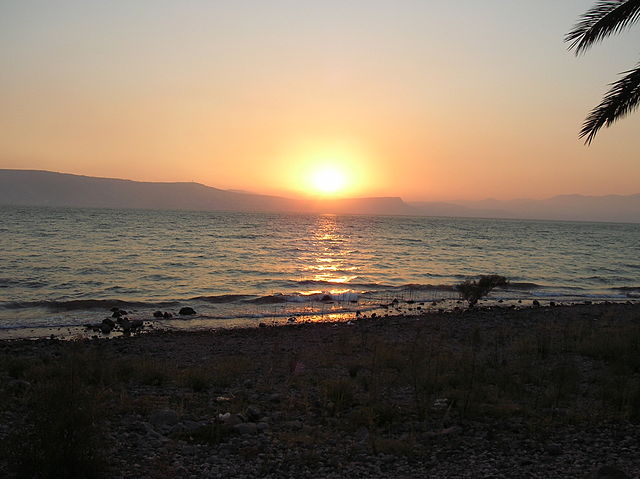 This week’s “Musings on Mark” is not so much my musings but those of Paul Davidson over at his website Is That in the Bible? A couple of years ago he posted a piece entitled “Did Mark Invent the Sea of Galilee?” which explores why a small lake in northern Israel becomes a thalassa (“sea”) in the Markan Gospel.

As Davidson points out, the Sea of Galilee is an important locale in the Markan story. It is where Jesus first calls the disciples Simon, Andrew, James, and John (Mark 1:16-20), teaches the crowds (2:7-12), and where he stills storms and walks on water (Mark 4:35-41; 6:45-52). And Mark’s designation of it as a thalassa is unattested and may just be his own invention. But to what end?

Davidson points out that in the Old Testament (as in other ANE literature) the sea is a symbol of chaos. Mark then is drawing on this motif to show Jesus’ command over it. Interestingly, in the pericope of the stilling of the storm (Mark 4:35-41), Jesus’ rebuke of the wind and waves is akin to an exorcism. In the pericope that follows, Jesus arrives in “the country of the Gerasenes” and casts out a Legion of demons (Mark 5:1-20). So Jesus is clearly the one who controls the chaotic Sea and exorcises its demons (in a sense).

Whether the toponym “Sea of Galilee” was an invention of Mark’s or of the early Christian community he belonged to (so Notley), it is clearly a theological innovation that associates Jesus with an Isaianic “prophecy” and then-current Jewish views of the region of Zebulon and Naphtali. It was also important for Mark that his story take place on and around a perilous sea — and not merely a placid lake — in order to fully illustrate his views of Jesus.

He also mentions the possibility that the Markan Gospel is drawing on themes from Homer’s Odyssey, citing the work of Dennis McDonald. This is another intriguing possibility.

There is so much more to the Gospel of Mark (and the Gospels generally) than people realize. That is part of the fun in reading and studying these texts: uncovering something new or understanding the text in new ways.

← Kyle Keefer: John’s Portrayal of Jesus versus Mark’s
Michael D. Coogan – The Formation of the Pentateuch →

2 Comments on “Musings on Mark: The Sea of Galilee”