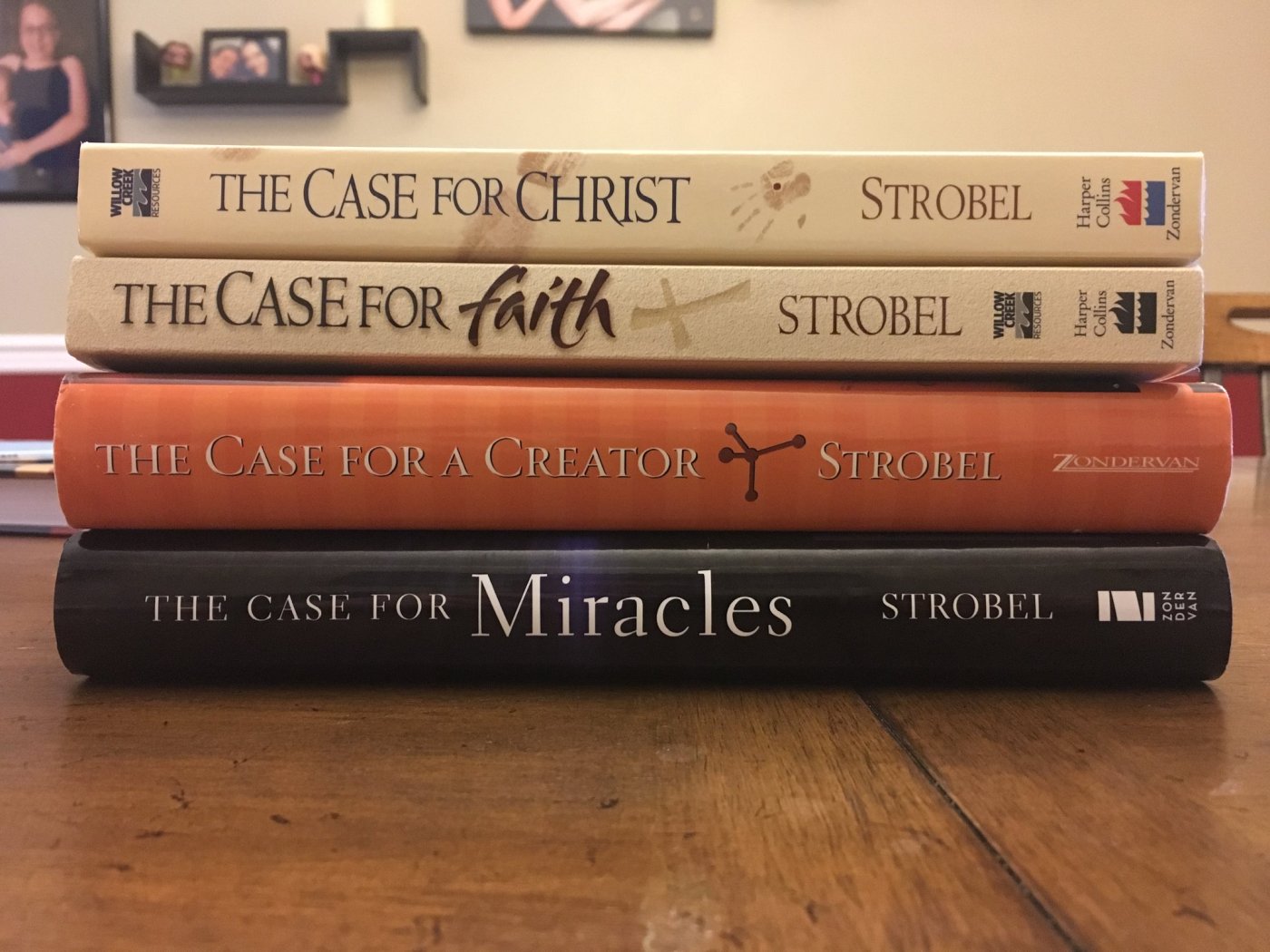 To view all posts in this review series, please go to its index.

My first introduction to the work of Roger Olson was in his book Against Calvinism which I had read while a Calvinist in my late 20s. Though I did not find his writing persuasive, I appreciated his viewpoint and regret now that my copy of his book as well as Michael Horton’s For Calvinism counterpart to it are no longer in my possession. As Strobel points out, Olson’s career had produced a wide range of material that seems particularly focused on theology and its outworking in the lives of Christians.

Strobel’s interview with Olson begins with a discussion of a problem he has observed in churches:

Years ago, I noticed that churches were tending not to think biblically or theologically about the way they ran their operations. Decisions seemed secular to me, as if they were being made in the boardroom of a corporation. They’d ask, ‘Will this fit into our budget?’ regardless of any faith that more funding would come in. They wanted predictability. (217-218)

Having sat in on a Presbyterian “session” wherein the elders gathered to discuss issues within the church, typically financial, I can confirm that this does happen. Olson laments this trend of secularization in the church telling Strobel that many American evangelicals “pay lip service to the supernatural” (218). Certainly they believe in the Holy Spirit but, as Olson points out, “there’s a certain unpredictability with the Holy Spirit” (218). This is seen in the book of Acts where the Holy Spirit causes Christians to do extraordinary things, things that onlookers marvel at (i.e. Acts 2:1-13). But this looks like chaos to some Christians who, on Sunday morning, affirm that God raised Jesus from the dead but then the rest of week “live as if that’s not really true, because they don’t expect miracles to happen anymore” because if they did it “would make their life unpredictable” (219).

Olson also sees this practical denial of the supernatural as an attempt by evangelicals to fit in with the surrounding culture. “Evangelicals in general are trying to live down our past….We want our neighbors to see us as normal people who are not very different from them. We are desprate to fit in” (221). He also perceives it as a sign of confidence in personal success. Strobel notes that a poll he had comissioned prior to writing The Case for Miracles that only twenty-nine percent of people with a college degree had experienced what they would consider a miracle compared with forty-one percent that had. A similar trend is seen along economic lines (222-223).

“The richer we get, the more education we attain, the less comfortable we are with the miraculous,” Olson said. “We don’t feel we need it, really. We’re getting along just fine. After all, we’re successful.” (223)

After tracing the historical trend from accepting the miraculous to its denial (223-225), Olson describes “supernatural interventions” that occured in his life beginning at a young age. When he was two and a half his mother died from complications related to rheumatic fever. Eight years later, Olson contracted strep throat and became very ill. Despite receiving a prescription for penicillin, his stepmother threw it out, stating that Olson didn’t need it. Not long after, he developed rheumatic fever which can damage the heart to the point where valve replacement is necessary.

“I remember the elders of the church coming to the house, laying hands on me, anointing me with oil, and praying for me. And this was not a perfunctory prayer. Later I went for my weekly checkup, and the doctor said, ‘I don’t hear any heart murmur.'” (226)

To this day, Olson’s heart is in excellent health.

In another anecdote, Olson explains that one day he received troubling news following a medical examination. “The doctor had found a problem and raised the specter that surgery might be required,” he told Strobel. But an old hymn came to mind and gave him the reassurance that God was in control. The song played over and again in his mind. The following Sunday, the first hymn picked to be sung during corporate worship was #220 in the church’s hymnal – “Crown Him with Many Crowns.” But when Olson reached for the hymnal and turned to #220, it wasn’t “Crown Him with Many Crowns” that he saw but rather the hymn that had been playing in his mind.

Then I noticed that the hymnal I grabbed was not the church’s hymnal, which doesn’t even contain that hymn….It even had a different church’s name embossed in gold letters on the front. I have never seen that hymnal before; it didn’t belong there. I have no idea how it got there. (231-232)

This, to Olson, was a “God thing” (233) that served as confirmation that God was quietly at work in his life.

While I can certainly appreciate that Olson believes God has been at work in his life, I cannot help but feel that he’s not considering possibilities other than these represent “God things.” For example, Olson believes that God healed him of his rheumatic fever such that his heart did not have any valve damage. But carditis, inflammation of the heart, only occurs in about fifty percent of those with rheumatic fever.1 And even then, carditis doesn’t always lead to serious heart damage. So what Olson believes was divine intervention seems to be nothing more than the luck of the draw. And this leads us to another issue.

Suppose Olson had a neighbor who was the same age as he was when he contracted rheumatic fever. And let’s say he experienced carditis such that within just a few years he needed to have valve replacement surgery. Given the rate at which carditis occurs in patients with rheumatic fever, what prevents us from thinking it wasn’t God who also caused it in the neighbor? After all, why should God get the credit for one (i.e. healing Olson) but not the other (not healing the neighbor)? This selective crediting to God only good outcomes smacks of special pleading.

Nevertheless, there is one area in which Olson and I are in complete agreement: Christians are often embarrassed by their commitment to the supernatural and miraculous. I don’t mean to say that things like the virgin birth or the resurrection are embarrassing. Rather, I mean that living out their lives as if the God who was able to accomplish such things in the past is able to do so in the present is embarrassing. I saw this often in my own work in youth ministry. Because I believed God was at work and that his plans could not fail, I was able to go into poor neighborhoods armed with nothing more than a football and a willingness to talk to people. Week after week I would go and play tag football with the kids, listen to them talk about their lives, and just get to know them. My efforts grew the youth group six-fold, which partially pleased the Session of the church since it showed my work was fruitful but it didn’t result in increased revenue for the church. And while I had to submit monthly reports on my ministry activities to the elders, nine times out of ten I was the only person who spent time with those kids. And once I left the ministry, outreach ceased as well. Now there is virtually no youth ministry at the church and they have a surplus of money because they don’t have to pay a youth director or operate a youth ministry.

If Christians believed what they claimed, one would expect them to live as if they did. Yet often we find them fearful and unwilling to “step out in faith” to do what the Bible commands that they do. This doesn’t mean Christianity is false, of course, but rather that there is a disconnect between what people claim they believe and what they actually believe. And this is what Olson has in mind here. “If God was gracious enough to give personal guidance, comfort, and correction to individuals and groups ‘back then,’ why would he stop?” he tells Strobel.

2 thoughts on “Book Review: ‘The Case for Miracles’ by Lee Strobel, part 7”