Do the Matthean and Lukan Birth Narratives Contradict? One Attempt at Reconciliation (and Why It Misses the Point) 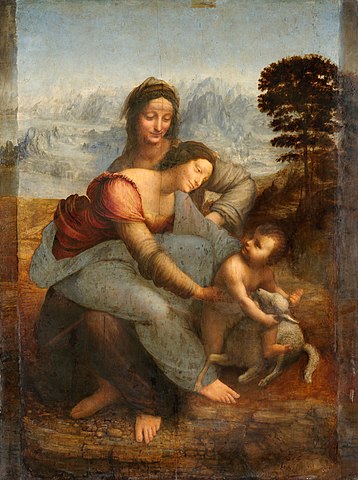 Christmas may have been a month ago, but a post written by a mildly controversial and always outspoken Baptist theologian that appeared in the December 2020 Biblical Studies Carnival has had me thinking. Entitled “There are No Contradictions Between the Matthean and Lucan Birth Narratives: It’s a Matter of Time,”[1] the piece argues that, despite the claims of “the careless and unobservant (and those incapable of reading simple Greek),” there are no contradictions between the two narratives because they are “talking about different periods of time.” The Lukan author, he contends, “chooses his words quite carefully,” in particular the use of brephos to describe Jesus in Luke 2:12. Brephos, the theologian says, “is the Greek word for newborn.” In the Matthean account, the word of choice is paidion because, it is claimed, the Matthean Jesus is not an infant as the scenario takes place later in time than that of the Gospel of Luke:

[The Magi’s] journey takes time, so when they arrive, they find Jesus not in a stable, but in a house. And the child is no longer a [brephos], he is a [paidion]. This is not the same word Luke uses and it doesn’t describe a newborn, it describes a child, a toddler.

When “the careless and unobservant (and those incapable of reading simple Greek)” suggest that these two accounts contradict, what they are really doing (per the theologian) is conflating them. They aren’t taking into account that 1) the events were separated by a couple of years and 2) they aren’t about the same period of time “and accordingly they are not ‘contradicting’ each other any more than you contradict yourself when you say you ate eggs and that you ate a burrito if you ate eggs for breakfast and a burrito for dinner.” Case closed! Or is it?

Brephos vs. Paidion: A Red Herring

There is a considerable amount of irony to be found in this post. Let’s begin with the low-hanging fruit: the distinction between brephos and paidion. Is it as cut and dry as this theologian claims? Not in the least. While brephos clearly refers to a newborn (Luke 2:12, 16) and even to a fetus (Luke 1:41, 44), Luke does not necessarily think of brephos and paidion as belonging to two distinct semantic domains. In fact, observant readers of the simple Greek of Luke 2:16-17 will notice that the newborn Jesus is referred to both as a brephos (v. 16) and as a paidion (v. 17). Additionally, careful readers of Luke will also notice that while in Luke 18:15 we read of people bringing their brephē to Jesus, in v. 16 Jesus refers to them as paidia. Thus, for the Lukan author “who chooses his words quite carefully,” a brephos is a paidion. The distinction made by the theologian doesn’t hold.

What about the Matthean Gospel? It should be noted that of the eight references to brephē in the New Testament, six are in Luke-Acts (Luke 1:41, 44; 2:12, 16; 18:15; Acts 7:19) while the other two are in 2 Timothy 3:15 and 1 Peter 2:2. So, Matthew does not use the substantive brephos at all. But does this mean he never envisions them? Not at all! We know this because in Matthew 2:16, having been tricked by the Magi, Herod resolves to kill all the paidas two years of age and under, which would undoubtedly have included newborns. Though the accusative paidas is not derived from paidion but instead from pais, paidion is a diminutive form of pais.[2] It would be no stretch at all to conclude that if a newborn could be considered a pais by Matthew, then a newborn (brephos) could also be considered a paidion. Again, the distinction made by the theologian doesn’t hold.

In truth, the supposed distinction between brephos and paidion made by the theologian is little more than a red herring. The real contradiction between the Matthean and Lukan birth narratives is precisely the one that he ignores: their mutually exclusive chronologies.

Consider the Lukan series of events. According to Luke 1:26 and 2:4, Joseph and Mary are from the town of Nazareth and it is from there they make the trek south to Bethlehem for the Roman registration. Given that the Lukan author “emphatically places Jesus within the context of a Jewish family committed to observing the law,”[3] a period of forty days from the birth of Jesus to the completion of all that the Torah required of them transpired before they returned to Nazareth (Luke 2:22-24, 39; cf. Leviticus 12:2-4).

Matthew, however, does not begin in Nazareth. Instead, the birth narrative begins in Bethlehem where Joseph and Mary live in a house (Matthew 2:11). As Raymond Brown wrote, “Joseph and Mary…were inhabitants of Bethlehem,” which is a “view…quite different from that of Luke 2:1-7.”[4] Moreover, after fleeing to Egypt to escape the wrath of Herod the Great and being informed by an angelic messenger of Herod’s death, Joseph initially wants to return to Judea because this is where their house was. But he decides against this because the notoriously wicked Herod Archelaus was in charge of Judea where Bethlehem was situated, and he opts to move to Galilee instead since Archelaus was not in charge there (Matthew 2:21-22). The choice of Nazareth is divinely dictated: “so that what had been spoken through the prophets might be fulfilled, ‘He will be called a Nazorean’” (Matthew 2:23).

The problems between these two accounts are many and reconciling them is nigh to impossible. Raymond Brown explained:

Even the most determined harmonizer should be foiled by the impossibility of reconciling a journey of the family from Bethlehem to Egypt with Luke’s account of their taking the child to Jerusalem when he was forty days old and their going on from Jerusalem to Nazareth where they stayed.[5]

moves from Bethlehem to Egypt, then back to Judea and then to Nazareth. By contrast, the geographic flow of the Lukan narrative is from Nazareth to Bethlehem to Jerusalem and back to Nazareth, and all within a very tight time frame. The Lukan itinerary doesn’t allow for the visit of the magi, the slaughter of the children, or the flight to Egypt. The Matthean itinerary does not allow for the census, the journey to Bethlehem, or the birth in a manger.[6]

Is it possible that scholars like Raymond Brown and L. Michael White are among those whom this theologian considers to be “the careless and unobservant” and “incapable of reading simple Greek”? Maybe he thinks so of White but elsewhere the theologian referred to Raymond Brown as “awesome”[7] and in another stated that “Brown did a lot of useful stuff.”[8] But White is no slacker, having received his PhD from Yale and spending the last thirty years teaching at the University of Texas. He has summed up his views on the scholar’s life in the poetic “A Scholar’s Prayer” – “O, dear lord, may it ne’re be said: we writ more books than we had read.”[9] Regardless, the late Raymond Brown was an accomplished scholar as is L. Michael White. Calling them “careless,” “unobservant,” or “incapable of reading simple Greek” would be the height of hubris.

And maybe it is a simple case of projection.

[1] Jim West, “There are No Contradictions Between the Matthean and Lucan Birth Narratives: It’s a Matter of Time” (12.21.2020), zwingliusredivivus.wordpress.com.

[4] Raymond E. Brown, The Birth of the Messiah: A Commentary on the Infancy Narratives in the Gospels of Matthew and Luke (New Haven, CT: Yale University Press, 1993), 176.

2 Comments on “Do the Matthean and Lukan Birth Narratives Contradict? One Attempt at Reconciliation (and Why It Misses the Point)”