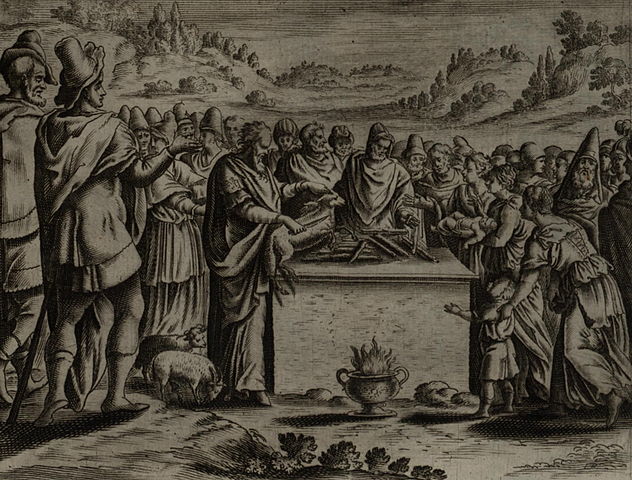 This is the fourth post in a series examining pop-apologist Heather Schuldt’s attempt to take down New Testament scholar Bart Ehrman. The three previous posts can be viewed here:

In this post we will be looking at Schuldt’s attempt to reconcile the Synoptics version of Passion Week with that of the Gospel of John.

In the Gospel of Mark, Jesus’ first trip to Jerusalem is also his last. The final chapters of Mark’s Gospel are devoted to what has become known as “Passion Week.” Beginning with the “Triumphal Entry” episode and finishing with the crucifixion, the events take place over a seven-day period.  In John’s Gospel, Jesus has made multiple trips to Jerusalem over the course of a few years (see John 2:13, 5:1, etc.). And in John, Passion Week doesn’t begin with the Triumphal Entry but with an anointing at Bethany. Let’s begin with the Markan Passion Week.

The sequence of events in the Markan narrative is fairly clear and we have the benefit of certain time markers to guide the way. Let’s briefly look at each day.

The sequence of events is quite clear. The first major event of the week is the Triumphal Entry. The next major event is the cleansing of the temple. Then comes the anointing in Bethany. After this is the Seder meal and Jesus’ arrest. Finally comes Jesus’ crucifixion and burial.

The sequence of events in the Johannine version of Passion Week differs greatly from the Markan version as can be seen in some very obvious discrepancies.

So we have in John’s Gospel a Passion story that contradicts quite clearly that found in the Gospel of Mark.

How does Schuldt respond to this? She offers five points that demonstrate that “Jesus ate the Passover meal on Thursday night.”

In a sea of misinformation and poor scholarship, Schuldt gets this one right! So let’s not linger.

Second, the Jewish day would begin at twilight and extend into the night and throughout the next sunlight part of the day. Ehrman completely overlooks this important cultural difference between the culture back then to the culture today. So the fifteenth can also be called Passover day, but the Passover dinner was supposed to be eaten at twilight on the fourteenth day of Nisan (Abib). Jesus knew all these festival rules and regulations. He followed them by eating the Passover meal that we refer to as his Last Supper, but other corrupt priests might have planned on eating a Passover dinner on another night during the seven days that followed, which they were not supposed to do. In other words, corrupt priests may not have been following the rules for when to eat the Passover meal.

Schuldt is absolutely correct that the Jewish day in the first century was reckoned from evening to evening, roughly 6pm to 6pm. She is wrong that “Ehrman completely overlooks this” fact. Ehrman writes in his textbook on the New Testament that “in Jewish reckoning, a new day begins when it gets dark (that is why the Jewish Sabbath begins on Friday evening).”2 She is correct that the Passover Seder was to be eaten on the evening of the Passover, which would have been Thursday evening in Mark. But what she claims next is just downright dirty.

Schuldt claims that while Jesus followed the rules and regulations set forth in the Torah concerning the Passover, “corrupt priests” may have acted against those regulations and celebrate it at a different time not prescribed by Levitical law. But this is not only pure speculation that she brings in to rescue inerrancy (i.e. eisegetical), it also flies directly in the face of the textual evidence. In Mark’s Gospel we are clearly told that before the Seder of Thursday night the disciples made preparations to celebrate it “[o]n the first day of Unleavened Bread, when the Passover lamb is sacrificed” (Mark 14:12). The lambs were sacrificed before the Seder meal. Since the Deuteronomic code forbade sacrificing Passover lambs anywhere but the temple (Deuteronomy 6:5-6) the disciples would have acquired their lamb at the temple from a priest that Thursday.

The lengths to which people like Schuldt will go to rescue inerrancy never cease to amaze.

Third, the Feast of Unleavened Bread lasted seven days beginning with Passover (day) on the fourteenth/fifteenth. Some people may have referred to the seven day celebration by calling all seven days the Passover Week. In the gospels, we hear what the people were actually saying and doing, but the law of Moses describes what was actually supposed to happen (Ex. 23:14-15).

I have no idea why Schuldt has brought this up here. Clarification on her part would be needed. So let’s move on to what she says next.

Fourth, the “preparation day” most likely refers to Friday, the day before the Sabbath day. Every Friday was called the Jewish day of preparation in order to rest on the Sabbath (Saturday). On the fourteenth of the first month, however, the Israelites still had to prepare for the Passover meal. Thursday that year was also a kind of preparation day, preparing for the Passover dinner that night. According to the law of Moses, the Feast of Unleavened Bread required food preparations on all seven days of the celebration. If Ehrman would take the time to understand some of these things, he would not be concluding with contradictions. Further explained in this way: Thursday the fourteenth of Nisan is when Jesus had the Last Supper at its proper time when the Passover dinner was supposed to occur, according to the law of Moses. Jesus was arrested after dinner. The next day was Friday the fifteenth of Nisan when Jesus was crucified, but it was technically still called Passover Day. Friday happened to be the day of preparation for the Sabbath, but it was also the day of preparation for the first Day of Unleavened Bread when the sacred assembly celebrated. John 19:14 does not contradict any other gospel book. Some people began to call the seven day celebration of the Feast of Unleavened Bread, “Passover Week.”

Here again Schuldt needs to change the wording of the texts to fit her narrative. Regardless, this doesn’t actually change the narrative details found in the Gospel accounts themselves. In Mark, the lambs were sacrificed on Thursday afternoon before the Seder which happened Thursday evening. In John, the lambs were not sacrificed until Friday afternoon in preparation for the Seder which happened on Friday night.

Things that are different are not the same.

Fifth, in the Pentateuch, some people asked if they could still participate in the Passover meal even if they had been around a dead person. According to the books of Moses (Nu. 9:7-16; 19:11-16), a person who touched or was around a dead person was considered to be unclean for seven days. After Moses asked the Lord about this, the Lord instructed those unclean people to celebrate the Passover dinner in the following month, the second month of the Jewish calendar, at twilight on the fourteenth. In other words, no… anyone who touched a dead person or anyone who was around the dead person cannot participate in the ceremony because they are unclean for seven days. This might be why some people backed away from Jesus when he was dying on the cross: they didn’t want to be counted as unclean for seven days.

This has nothing to do with the sequence of events in the Gospels so we will not comment on it.

Schuldt’s explanation for the discrepancies between Mark’s version of Passion week and John’s version is very contrived. It denies the language used by the authors in a bid to rescue the doctrine of inerrancy. It also shows how utterly out of her depth she is when it comes to reading the New Testament and dealing with scholars like Ehrman. Calling his expertise into question actually serves to call her own into it.