Jade Sylvan on the Gospels as “Fan Fiction” 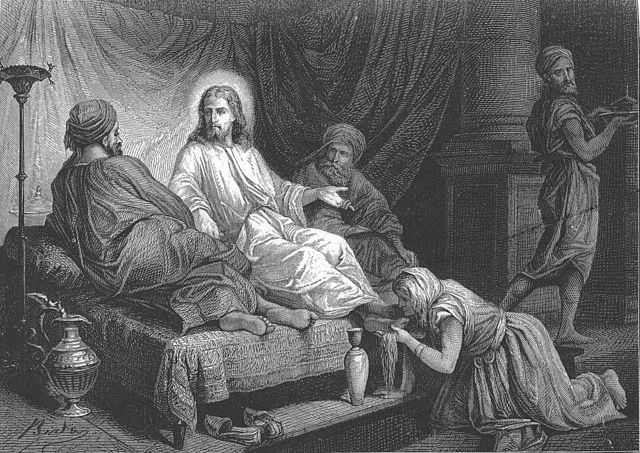 In the Spring/Summer 2018 edition of the Harvard Divinity Bulletin there is an interesting piece by Jade Sylvan, an MDiv student at Harvard Divinity School, discussing what the Gospels share in common with the modern literary genre of fan fiction. They write,

As a divinity school student new to biblical scholarship, I’ve found it interesting to notice what the later authors kept, sometimes verbatim, from the earlier work. But I’ve found myself more compelled to look at some of the content that was added, and at how the desire of the later Gospel writers to take up the pen parallels the modern phenomenon of fanfiction. While I think that fanfiction may exist as a contemporary descendant to scriptural writing, I’m not necessarily equating fandom with religion. Rather, I’m suggesting that the impulses and processes of fanfic writing and scripture writing may be similar, and that looking at these similarities may be enlightening. I hope doing so will also help make the actions of these millennia-old authors more relatable to current audiences.

Anyone familiar with the Synoptic Gospels recognizes what Sylvan is talking about with regards to what the redaction of Mark by Matthew and Luke retained. But what about the added content? Why do Matthew and Luke have differing origin stories for Jesus? Why do they include extensive variations within the ordering of certain pericopes? For Sylvan, this is a sign of a similar impulse that produces modern fan fiction. And if fan fiction is “inherently dialogical” as Sylvan contends, then perhaps the Gospels of Matthew and Luke are intended to be read as an interaction with the Gospel of Mark.

That view may be too simplistic as both Matthew and Luke “fix” problem areas in the Markan text, particularly with regards to redundancies or odd grammatical constructions. But there is something to be said in how they flesh out Markan details or, as in the case of Matthew, insert more sayings of Jesus either through Q or by making it up whole cloth. As as Sylvan points out, this was not unprecedented in the ancient world.

This phenomenon of later authors taking up the reins to fill in or extend completed works has considerable precedent in the ancient world. J. Lee Magness discusses the nature of suspended endings in ancient literature, pointing specifically to those in the Iliad and the Odyssey. These hanging endings led later authors to write the Epic Cycle to fill these pregnant gaps.

Obviously, “fan fiction” doesn’t quite do the Synoptics justice but it is an intriguing idea and may help us understand some of what Matthew and Luke were doing in their own writing. Undoubtedly, the communities for which they were writing believed that these Gospels represented the Jesus that they worshipped. But surely some of the material would be new even to more seasoned Christians. The Markan community was not likely aware of any birth narratives about Jesus let alone what we find in the Matthean and Lukan versions. Given the negative portrayal of his family in Mark (see Mark 3:20-21, 31-35; 6:1-6) who would care about where he was born and under what circumstances? His Messiahship was confirmed in two anointings: at his baptism (1:9-11) and at Simon the leper’s house (14:3-9). There is no need for a birth story.

You can read the rest of Sylvan’s article here.

← Michael D. Coogan: The Content Differences Between the Two Creation Accounts
Jay Williams on The Serpent of Genesis 3 and the Tree of Life →

4 Comments on “Jade Sylvan on the Gospels as “Fan Fiction””