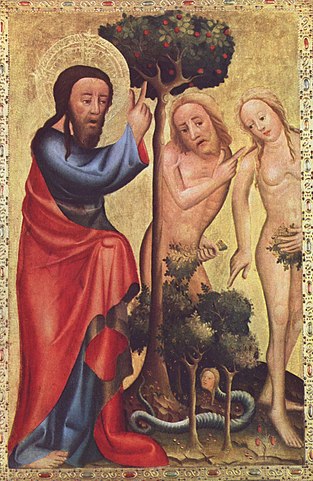 Over at the website The Bible and Interpretation there is a piece by religious scholar Jay Williams on “Eden, the Tree of Life, and the Wisdom of the Serpent.” It is at once both a very interesting and very bizarre piece.

Williams points out not long after the piece begins that the serpent isn’t Satan as Christians would like to suggest.

Let me begin by asking an obvious question: “Who is this serpent who addresses the woman?” John Milton, of course, knew the answer implicitly. The serpent for Milton and most other Christian theologians of the past is obviously the Devil. Indeed, the whole Christian story has been seen as a struggle between God and Satan for the soul of humanity. The problem is that the concept of Satan does not emerge in the recorded thought of Israel until long after this part of Genesis was written. Indeed, when Satan first appears as a character in the book of Job he is hardly a full-blown Devil at all. Rather he is God’s emissary and tester, not his enemy. The same seems true for the other references to Satan in the Hebrew Scriptures. To think of the serpent as Satan is, therefore, highly anachronistic. It is to impose upon Hebrew Scripture a later, Christian understanding.

This is important because when we read biblical texts we should do so on its own terms and not import ideas from generations that follow. Sure, it’s interesting how later authors interpreted the text but that doesn’t necessarily tell us how the text should be interpreted. And, as Williams points out, serpents in ANE literature tend to be sources of great wisdom and are at times revered.

“The great Goddess”? What is Williams talking about?

Throughout the rest of the article Williams goes on about Asherah worship in ancient Israel and how often Yahweh and Asherah were worshipped together. But the viewpoint of the biblical authors is that Yahweh alone is worthy of worship and so Williams sees this as a struggle between Yahweh, the god of the heavenly realm, and Asherah, the goddess of the earth.

The essential conflict in the Hebrew Scriptures is not between God and Satan but between Yahweh and the Goddess.

This may be overstating things a bit but his point is still salient. The God of the Hebrew scriptures seeks to establish patriarchy for Israel. Men are front and center in the black-and-white ink of scripture while women are often barely on the margins, often relegated to a mere footnote.

Williams’ piece is a provocative look at the Hebrew scriptures and I recommend you read it in its entirety if for no other reason than it may make you a bit uncomfortable. Of course, being uncomfortable is how we learn new things.

You can read the rest of the piece here.

← Jade Sylvan on the Gospels as “Fan Fiction”
Michael D. Coogan: The Importance of Nonbiblical Evidence →