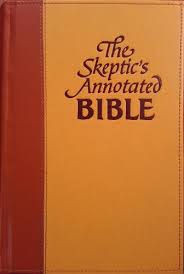 For more posts in this series, “Evangelical (Atheist) Eisegesis.“

I became an atheist in 2013 after a yearlong battle staving off doubt and unbelief through prayerful meditation over the Bible and by reengaging apologetic literature that had helped me in the past. When my journey to atheism first began, I read Richard Dawkins’ The God Delusion  and was thoroughly turned off. Still feeling apprehension about where my doubts could lead and still loving Jesus, I turned to the works of William Lane Craig both in print and through YouTube debates in which he had participated. Ironically, Craig’s work is one of the means by which the final nail was driven into the coffin of my theistic views. But there was no joy in this, no sudden sense of freedom. It was a painful experience that came with a sense of tremendous loss. And coming on the heels of 2012, a year that for me represented the end of the world in so many terrible ways, abandoning my faith left me feeling orphaned, adrift in a universe that wasn’t even aware of my existence.

Having left Christianity, I soon felt the need to ridicule that which I had left behind. Immature and reckless, I poked fun at religious views and considered those who held them to be foolish, stupid, and brutish. I devoted my time to the work of New Atheists, preferring their more “reasonable” view of the world to that which I had left behind. It was during this time that I purchased a volume I had seen recommended by other atheists: The Skeptic’s Annotated Bible.[1]  Produced by atheist Steve Wells, SAB provided a way of engaging with the Bible that didn’t feel the need to kowtow to its supernatural claims. It mocked its contradictions, scientific absurdities, and moral ineptitude. In many ways, it is the study Bible for antitheists.

An Overview of SAB

Wells in the introduction to SAB lays out the purpose of his annotated edition of the Bible. Lamenting that so few Christians actually read the Bible in its entirety,[2] he believes that those that do will discover (as he did) that it is anything but the inspired word of God.[3] To that end,  SAB exists to “help those who believe in the Bible to honestly reconsider that belief.” But it is also for “those who are unfamiliar with the Bible to resist the temptation to believe” as well as for “those who have already rejected the Bible to defend that position.”[4] How does SAB accomplish this?

Using the text of the King James Version as his base, Wells quotes and comments on select passages using icons representing one of fourteen categories. For example, adjacent to Genesis 24:2 is a comment featuring two icons, one representing “Sex” and the other representing “Absurdity.” Accompanying these icons is Wells’ own commentary: “Abraham makes his servant put his hand under his thigh while swearing to God. ‘Putting his hand under his thigh’ is a euphemism for ‘holding his testicles in his hand.’ I guess it’s sort of like swearing on the Bible.”[5] This, along with introductions to each book of the Bible and about forty pages of contradictions and instances of divinely orchestrated killing, is the basic format of SAB.

A page into SAB appears a number of ringing endorsements from skeptics like Michael Shermer, Julia Sweeney, and others. Shermer claims that SAB “is by far the best tool for biblical research I have ever come across” while Peter Boghossian says that it “is an indispensable resource and the only book I keep on my desk.” One cannot help but have high expectations for Wells’ work upon reading these statements. But either Shermer and Boghossian are being hyperbolic or their acquaintance with biblical scholarship is sorely lacking (or both).

While SAB does a decent job of pointing out what is clearly absurd from a modern standpoint, it fails to consider the biblical texts as what they are: ancient Near Eastern literature. For example, in his notes on Genesis 1:3 Wells writes,

God creates light and separates light from darkness, and day from night, on the first day (1.3-5). Yet he didn’t make the light producing objects (the sun and the stars) until the fourth day (1.14-19). And how could there be “evening and the morning” on the first day
if there was no sun to mark them?[6]

While we understand that the light which bathes the earth in the daytime is produced in the sun, the priestly author of Genesis 1 did not. In his mind, light was an entity that existed independently of luminaries like the sun, moon, and stars (cf. vv. 14-19).[7] While the luminaries were created “for signs, and for seasons, and for days, and years” (v. 14), they exist primarily for religious purposes related to the Israelite cult.[8] The light of v. 3, on the other hand, stands independently. Wells’ mockery of the biblical text comes at the expense of understanding the texts.

Another example of SAB’s failure to understand the biblical text can be seen in the icons Wells’ uses to summarize his thoughts on the words “their ear is uncircumcised” (Jeremiah 6:10). The first is the icon for “Absurdity” and the second for “Language.”[9] Though it is not explicit, one gets the impression from these two icons that Wells thinks that 1) it is absurd to speak of circumcising one’s ear and 2) there is something untoward about thinking of circumcision. Setting aside the latter, what Wells either fails to see or deliberately ignores is that uncircumcision is often a metaphor for stubbornness and refusal to heed the commands of Yahweh.[10] In fact, this is abundantly clear from the immediate context in which Yahweh laments the fact that Jerusalem refuses to obey him, resulting in his judgment upon it: “This is the city that must be punished” (v. 6, NRSV). Because their ears are not circumcised, they cannot obey Yahweh. Circumcising an ear is of course absurd. However, it is clearly a metaphor (cf. Jeremiah 4:4).

These are not isolated occurrences but could be multiplied ad nauseum from both Testaments. Some of the issues with SAB stem from poor readings of these texts. Despite Wells’ decades long reading of the Bible, it would seem his reading of them has not graduated beyond the level of fundamentalists. So, while SAB may certainly score points with particular atheists, it certainly does not live up to the hype a la Shermer and Boghossian. In fact, if SAB is the “best tool for biblical research” that anyone has ever come across, I would no doubt be persuaded that it was the only tool they’ve ever come across.

Off and on throughout 2020 (and perhaps beyond) I will be posting my thoughts on the annotations in SAB, beginning with the Gospel of Mark since it is a text I have spent considerable time in over the years. I will hopefully show the many faults of SAB and in so doing demonstrate why atheists who are truly interested in learning about the biblical texts and treating them even handedly should seek out more trustworthy resources, including those produced by Jews and Christians. I also hope to keep posts to under 1500 words since I know both of my readers have better things to do than read a lengthy post.

[2] That American Christians do not read the Bible as they believe they should is no secret. See, for example, Bob Smietana, “Lifeway Research: Americans Are Fond of the Bible, Don’t Actually Read It” (4.25.17),  lifewayresearch.com.

[7] Nahum M. Sarna, Genesis: The Traditional Hebrew Text with the New JPS Torah Commentary, JPS Torah Commentary (Philadelphia, PA: The Jewish Publication Society, 1989), 7; Zev Farber, “If the Sun Is Created on Day 4, What Is the Light on Day 1?” (2016), thetorah.com.

[10] The Hebrew could be literally translated, “Their ear has foreskin.” And given Wells’ thoughts on the passage, one might say his mind has a foreskin as well!