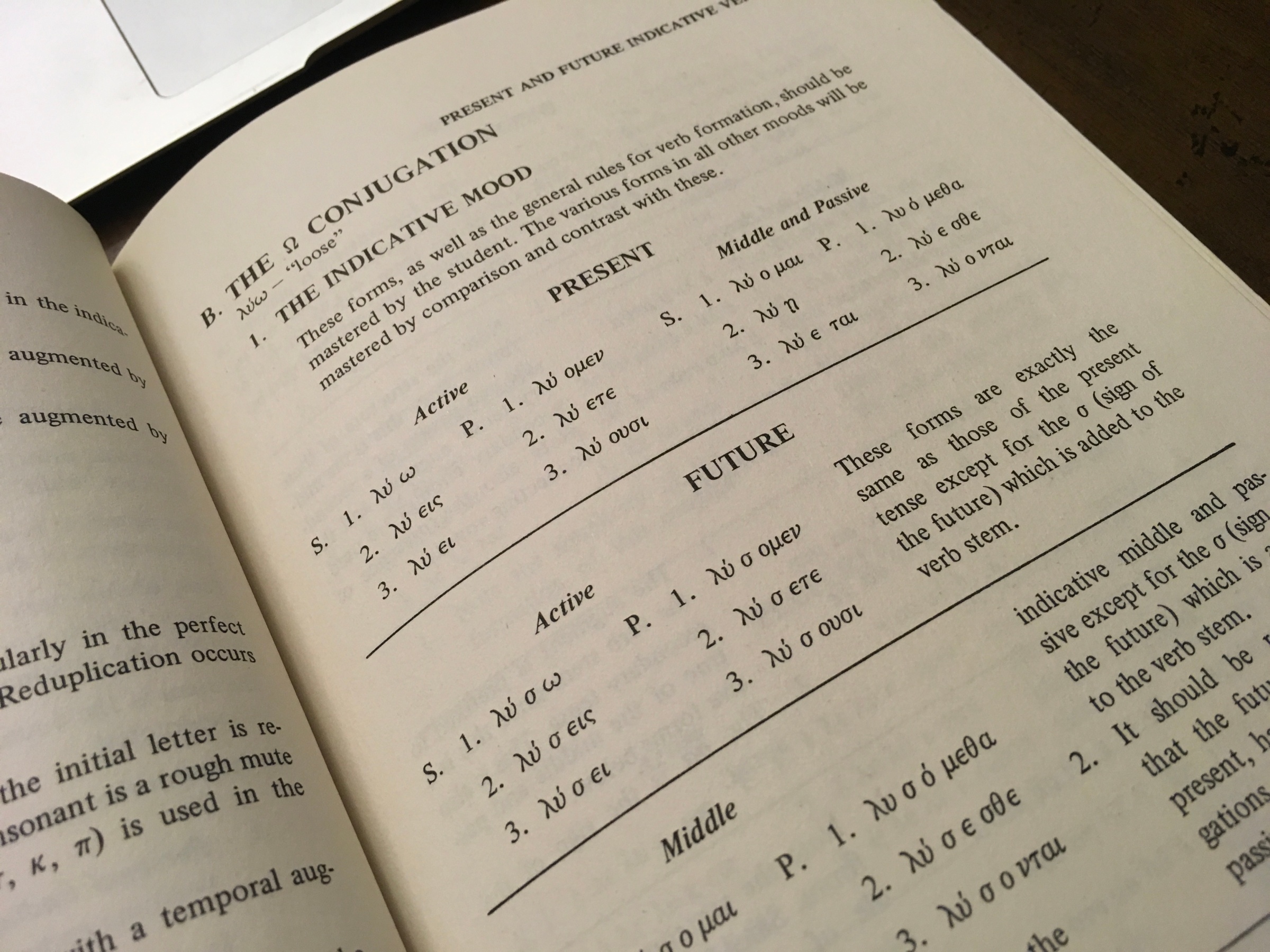 When learning how to conjugate Greek verbs one of the first verbs you would learn is λύω. At its most basic meaning, λύω means “to loose” but it can also mean “to destroy.” But how in the world can there be some wildly different meanings of such a seemingly simple Greek word?

Over at the Koine Greek blog there is a fascinating little post seeking to answer that very question. The authors lay out how λύω possibly grew to include more and more divergent senses. They begin with its most basic sense, trying to understand how a young Greek child would have first learn to grasp the word.

When we consider how the senses of a word like λύω develop, one useful way of thinking about its meaning would be to consider the perspective of a child, how a child might encounter the word for the first time during the language acquisition process. The probability seems low that a child would first encounter the destruction of an object—2 Peter 3:12, for example, ‘the heavens ablaze will be destroyed (λυθήσονται). Nor do toddlers regularly encounter prisoners, at least not ideally, the Syrian refugee crisis notwithstanding. It is perhaps possible that a child might encounter in daily life someone forgiving someone else—Sirach 28:2, ‘Forgive your neighbor his misdeed, then when you pray, your sins will be forgiven (λυθήσονται).

No, the most likely context for a small child still learning their first language would be, even in the 1st century, the tying and untying of footwear, a basic life skill even in the 1st century. Such is the semantic starting point of a three or four year old language learner living along the Mediterranean coast. Just as John the Baptist declares he is not worthy to do to Jesus’ sandal in Mark 1:7.

← The Study of Christianity Asks, “Are There Errors in Matthew’s Genealogy?”
Bart Ehrman: Why Study the New Testament? →