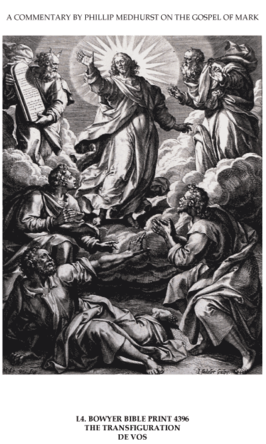 The theme of Jesus’ messianic identity appears in Mark in complex ways. Mark shapes his narrative around his project of redefining “messiah” to conform to his convictions about Jesus of Nazareth, whom he knew had been crucified and whom he expected to return. Thus after Peter’s confession (“You are the Christ,” 8:29) Jesus goes on to speak of the suffering Son of Man; and after the high priest’s query (“Are you the Christ?” 14:61), Jesus affirms his identity and then speaks further in terms of the glorious and returning Son of Man. This presentation of Messiah as suffering-and-vindicated Son of Man expresses Mark’s own theological creativity as a Christian. By contrast, at others points in his story he presents Davidic messiahship in a more traditionally Jewish – hence arguably pre-Christian – way. These cluster specifically around events in Jerusalem. Jesus parades into the city before Passover like a king (11:7-10); and he is executed by Pilate as if he had, indeed, claimed to be one (15:2-26).

← Jesus’ Death in Mark and Luke: A Response to Pop-Apologist Mike Winger on Bart Ehrman
The Weekly Roundup – 1.25.19 →