SJ’s Biblical Blunders: Or, First We Do the Reading, Then We Do the Writing 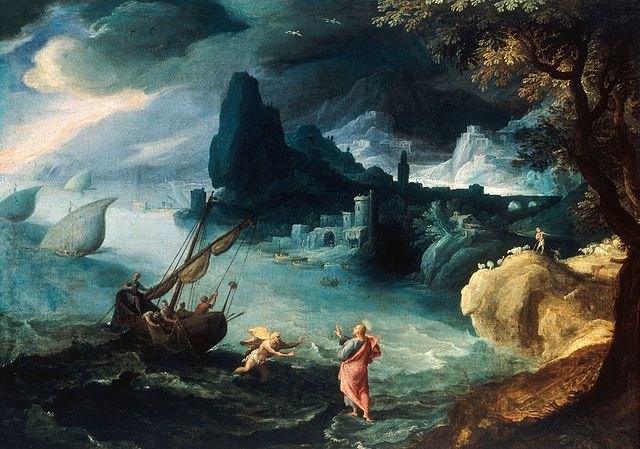 Acknowledgment: I stole the title for this post (i.e. “SJ’s Biblical Blunders”) from @CounterApologia in a conversation he and I had on Thomason’s piece. It was too good not to use!

I’ve been busy with a major project that will hopefully be out either by the end of this year or the beginning of next but decided I needed a break from it and SJ Thomason’s recent piece critiquing (if you can call it that) Bart Ehrman’s performance in his dialogue with Peter Williams on the Unbelievable podcast seemed like great blog fodder. You can read Thomason’s piece here and you can watch the dialogue here. This rebuttal to Thomason will be very brief but sufficient to demonstrate her ineptness.

One of the classic incongruities in the New Testament is the different accounts of the death of Judas Iscariot. Neither Mark nor John bother with Judas’ fate following his betrayal of Jesus but both Matthew (i.e. Matthew 27:3-10) and Luke (i.e. Acts 1:16-20) feature their own versions of the story. What are the key differences between the Matthean and Lukan accounts? Let’s briefly enumerate them.

Despite their clear incongruities, the apologetic impulse tends to be to one of ham-fisted reconciliation rather than careful consideration of the texts themselves. This is largely due to a view of inerrancy such that neither Matthew nor Luke can be wrong in their accountings of Judas’ demise. So, for example, how can it be that Judas hanged himself (Matthew’s version) but also fell “headlong” causing him “to burst open in the middle” (Luke’s version)? For Thomason, it’s simple: “Judas hanged himself and after his body started into rigor mortis, he fell (perhaps over a cliff or he hanged upside down) headlong.”

It should be immediately clear why at least one of those explanations is ridiculous. Who commits suicide by hanging themselves upside down? Not only is it a logistical nightmare, it is an impractical method of offing oneself. However, the notion that Judas’ body fell over a cliff is not so implausible on hypothetical grounds, but it reeks of another problem: Luke never mentions a cliff. In fact, the phrase prēnēs genomenos need not denote anything more than that Judas was face down on the ground.  How he became prone is largely irrelevant since the Lukan author intimates through his use of the divine passive (i.e. genomenos) that it is God who punished Judas for his sin of betraying Jesus.

The Point of the Narrative

This leads us to the central problem with the apologetic impulse: it fails to account for the text and appreciate its narrative. Why has Luke inserted this information about Judas? In Acts 1:13, Luke lists the disciples: Peter, John, James, Andrew, Philip, Thomas, Bartholomew, Matthew, James son of Alphaeus, Simon the Zealot, and Judas son of James. These eleven are gathered together in a room “constantly devoting themselves to prayer, together with certain women, including Mary the mother of Jesus, as well as his brothers” (v. 14). So, who is missing? If you compare the list of Acts 1:13 with the list of Luke 6:14-16 it is quite clear who is missing: “Judas Iscariot, who became a traitor” (Luke 6:16). To rectify this situation, Peter decides that he must be replaced for the psalmist had declared, “Let another take his position of overseer” (v. 20; cf. Psalm 109:8). In the midst of this there is a Lukan insertion wherein we find this story of Judas’ purchasing of a field, “falling headlong” and bursting open in the middle, and the subsequent etiology for “Field of Blood.” (vss. 18-19) Thus, this brief narrative concerning Judas’ demise is intended to explain why Judas needed to be replaced at all. It isn’t intended to explain what happened to Judas post-mortem, as if the Matthean narrative is somehow in the background knowledge of Luke. Rather, it is to explain what happened to Judas following his betrayal of Jesus (Luke 22:47-53): he used his money to purchase a field, but he died a rather gruesome death and was unable to enjoy the labor of his wickedness. This is a divinely arranged irony.

Thomason’s take as well as those of other apologists does not take the Lukan text seriously. It is fundamentally eisegetical as it ignores the overall context and the portrait Luke is painting, to attempt to reconcile it with an entirely different Gospel with its own unique portrait of what transpired with Judas.

In typical apologist style, Thomason somehow thinks that whenever Jesus says “I am” (egō eimi) that he must be referring to himself as divine. For example, concerning Mark 14:61-62, Thomason thinks that the use of egō eimi coupled with the moniker “Son of man” means Jesus “looked Caiaphas and the Council right in the eye and said, in essence, ‘I am God.’” But this reveals little more than an inadequate grasp of the original languages.

The question posed by the high priest is, “Are you [sy ei] the Messiah, the Son of the Blessed One?” For Jesus to respond affirmatively, egō eimi is “the correct and only idiomatic way to give an affirmative answer”[2] and “is not an allusion to the divine name.”[3] In other texts, egō eimi is used to respond to questions affirmatively. For example, in 2 Samuel 2:20 (LXX), Abner asks his pursuer, “Are you Asahel himself?” to which Asahel replies, Egō eimi, i.e., “I am Asahel.” Similarly, in the Gospel of John, when the Jews are trying to figure out if the one before them who was once blind but has been healed by Jesus was really the one they knew who had been blind from birth, the man replies, Egō eimi, i.e., “I am the one who was healed by Jesus.” Thus, when Jesus responds the chief priest’s question concerning whether he is the Messiah, his reply is, “I am the Messiah,” not, “I am God.”

Thomason also thinks that Jesus’ use of the title “the Son of man” is indicative of divinity. She quotes from Thomas Tribelhorn’s[4] Opening the Rabbinic Doors to the Gospel: An Introduction, a volume I do not possess and have not read. However, in the quote she provides Tribelhorn seems to suggest that the Enochian “Son of man” is a claim of deity but this is unwarranted. The “Son of man” in 1 Enoch is an agent chosen by God (1 Enoch 46:3) who acts on God’s behalf and at times stands in his place.[5] Furthermore, according to 1 Enoch 71:14, the “Son of man” is none other than Enoch himself![6] Thus, the Enochian “Son of man” cannot be God, though he can be an exalted human figure.

This seems to be how the Markan author uses “Son of man.” Notice how Jesus describes his position as Son of man: “You will see the Son of Man seated at the right hand of the Power” (v. 62). That is, Jesus is not “the Power” but is instead seated next to it. In other words, Jesus will have been exalted by God in his role as his Messiah and will enjoy reigning alongside him in heaven. Fundamentally, the title “Son of man” is not a divine title.

BLUNDER #4 – CONTINUITY OF THE JESUS TRADITION

For some reason, Thomason thinks Ehrman’s contention in a special edition of Misquoting Jesus[7] concerning the relationship of Christian doctrine and textual variants is germane to the issue of the malleability of oral tradition. In discussing textual variants, all Ehrman was doing is affirming that the central teachings of Christianity are largely intact despite the presence of textual variants. This tells us nothing about variants within the oral tradition itself. But we don’t even have to look to oral tradition to see how stories can vary. We can see it in the canonical Gospels themselves!

For example, Mark concludes the pericope of Jesus’ walking on water (Mark 6:45-52) with the statement that the disciples “were utterly astounded, for they did not understand about the loaves, but their hearts were hardened” (v. 52). Matthew’s version (Matthew 14:22-33) is the polar opposite. It ends with the words, “And those in the boat worshiped him, saying, ‘Truly you are the Son of God’” (Matthew 14:33). In Mark’s Gospel, they don’t get it; in Matthew’s version, they do. If Matthew was drawing from Mark, he deliberately changed the Markan narrative.[8]

Thus, we have an example of a pericope wherein Jesus is in a specific location that is unchanged in its versions, but significant details are changed, particularly the importance of the episode with relationship to Jesus’ own identity and its revelation to his disciples. If this happens in the written tradition where an author has a copy of a written source before him, it stands to reason that between the time of Jesus and that of the Gospel authors the oral tradition was equally malleable.

As she does so often, Thomason reveals her utter lack of acquaintance with the background literature for the biblical texts and even a lack of knowledge of the biblical texts themselves. She would do well to spend a few years reading before writing a single word on these subjects.

[4] Tribelhorn has a PhD from the unaccredited St. Petersburg Seminary.

[6] See the discussion in Kirk, 153; George W.E. Nickelsburg, Jewish Literature Between the Bible and the Mishnah: A Historical and Literary Introduction, second edition (Fortress Press, 2005), 254.

[7] See the first paperback edition published in 2007 of Misquoting Jesus. In that edition, extra material was added to the end of the book (245-266), including the Q&A Thomason mentions (246-255). This material was not included in the first hardback edition or in subsequent editions (to my knowledge).

[8] The same is true if Matthean priority is correct.

5 Comments on “SJ’s Biblical Blunders: Or, First We Do the Reading, Then We Do the Writing”