Was the Apostle Paul a Widower? 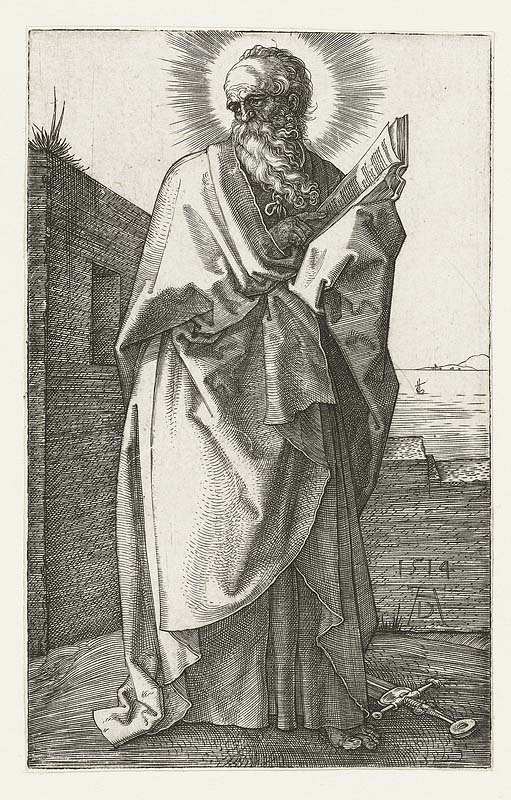 The earliest writings in the New Testament came from the pen of Paul, the one-time persecutor of Christians turned zealous Jesus-follower. Paul isn’t always very forthcoming about his life though we do get glimpses here and there. For example, Paul writes,

If anyone else has reason to be confident in the flesh, I have more: circumcised on the eighth day, a member of the people of Israel, of the tribe of Benjamin, a Hebrew born of Hebrews; as to the law, a Pharisee; as to zeal, a persecutor of the church; as to righteousness under the law, blameless (Philippians 3:4b-6, NRSV).

But we don’t know much about Paul’s personal life, at least not directly. Did he have any siblings? [1] What were his parents like? Did he have children of his own? Was he married?

That last question may have an answer. Denny Burk, an evangelical scholar at Boyce College, recently wrote a blog post on the issue of Paul’s marital status. Burk thinks that Paul’s first letter to the Corinthians offers us a clue.

To the unmarried and the widows I say that it is well for them to remain unmarried as I am. But if they are not practicing self-control, they should marry. For it is better to marry than to be aflame with passion. (1 Corinthians 7:8-9, NRSV)

The word in question is what the NRSV and other translations render as “unmarried.” Burk writes,

Some readers interpret the “unmarried” generically as anyone who happens to be unmarried regardless of how they got into that situation (e.g., Ciampa and Rosner). For this reason, they think that the “unmarried” would include both the widowed, the divorced, and those who have never been married. On this view, Paul means to address all Christians who happen to be unmarried.

But Burk doesn’t think that word – ἀγάμοις – refers to just anyone who is unmarried. Instead, he thinks that Paul is speaking to those in Corinth who are widowers. His argument rests on a few pieces of evidence.

If ἄγαμος refers to widowers then this changes the meaning of 7:8. Paul wasn’t just saying they should remain “single” as if they had never married but rather that they should never remarry after having lost a spouse, just as he had. Burk writes,

This suggests that Paul is putting himself into the same category that they are. But it is not a category of singleness in general but a category of widowhood in particular. It is for this reason that many interpreters—including myself—believe that these words imply that Paul was previously married.

Now, I’m not totally convinced by this. That ἄγαμος is masculine may not reveal what Burk and others think it does. After all, as he himself pointed out the word is used to refer to women who have separated from their husbands (7:10-11). That it is masculine may or may not be pertinent.

Regardless, this is an interesting possibility and I’d like to see more exegetical work done to make a solid case for it. The more we learn about Paul, the more insight we will have into the man himself, including his time before his apostolic ministry.

[1] Paul does mention three people who he calls συγγενής (Romans 16:7, 11), a term which in some contexts can mean physical relatives (Mark 6:4; Acts 10:24) but in others just means something like “compatriot” or “kinsmen.” It is unclear what Paul means in Romans 16:7 and 11 when he employs the term.