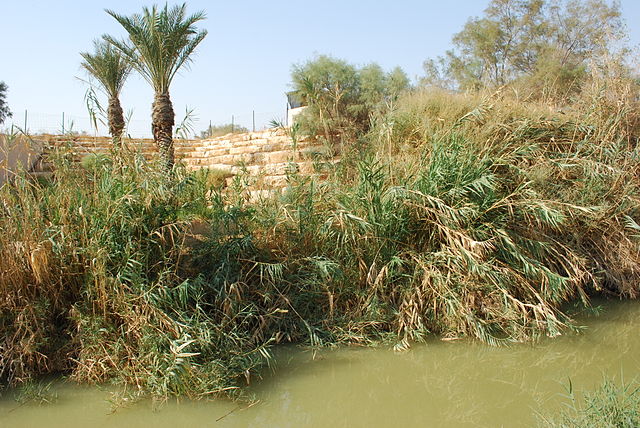 Previously I had posted my own translation with notes of Mark 1:1-8. Today’s post will be of Mark 1:9-11. Though only three verses in length, it is an important episode in the ministry of the Markan Jesus. Here we see his baptism both in water as well as in Spirit (see 1:8).

9 It happeneda in those days that Jesus came from Nazareth of Galilee and was baptized in the Jordan by John. 10 And immediately, as he was coming out of the water, he saw the sky splitting open and the Spirit as a dove descending upon him. 11 Then a voice appearedb from the sky, “You are my Son, the beloved; in you I am pleased.

a The Greek phrase I have translated as “it happened in those days” is kai egeneto en ekeinais tais hēmerais. The lead verb, egeneto, also appeared in 1:4 where we read, “John appeared [egeneto Iōannēs].” But whereas egeneto in 1:4 was intended to create a dramatic and sudden appearance of John both in the Markan narrative as well as in the scene itself, here egento is coupled with the Greek conjunction kai which with the temporal expression en ekeinais tais hēmerais is intended to indicate a new event in the narrative flow.

b Here too we also read egeneto and I have chosen to translate it as “appeared,” though voices don’t appear. But I think the Markan author is deliberately using egeneto rather than a verb like legó (“I say”) and harkening back to 1:4 where we read “John appeared [egeneto Iōannēs].

← Was the Apostle Paul a Widower?
The Study of Christianity Asks, “Are There Errors in Matthew’s Genealogy?” →