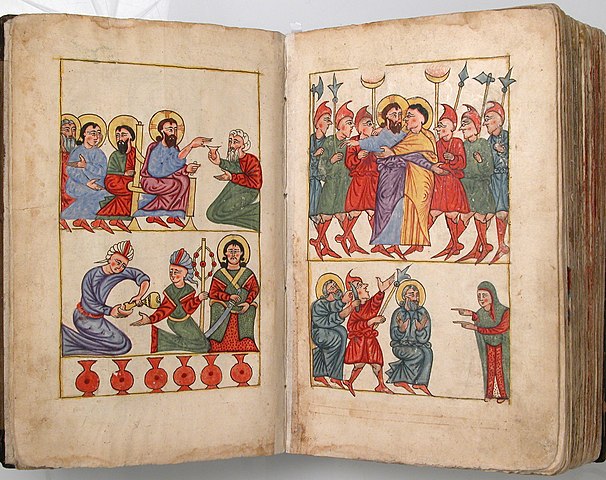 To see all posts in this series, please refer to its index.

Last year I wrote a five-part series on Heather Schuldt’s terrible attempt at taking on biblical scholar Bart Ehrman.1 Now pop-apologist SJ Thomason wants to have her moment in the sun as she responds to Bart Ehrman’s fifteen year old book Misquoting Jesus: The Story Behind Who Changed the Bible and Why.2 Her first post entitled “Ehrman’s ‘Misquoting Jesus’ Misleads Readers from its Inception”3 is standard pop-apologetic rubbish. Let’s briefly explore why.

Paul, 1 Thessalonians, and the Dating of the Gospels

Thomason begins by addressing Ehrman’s claim that the first epistle to the Thessalonians can be “dated to about 49 C.E., some twenty years after Jesus’s death and some twenty years before any of the Gospel accounts of his life.”4 The pop-apologist claims Ehrman is “intentionally stretching the dating.” But is he?

Despite Thomason’s confidence in dating Jesus’ death to April 3, 33 CE, historians and New Testament scholars aren’t entirely sure exactly when he died.5 Helen Bond notes that

[t]he commonly held assumption that Jesus died in either April 30 or 33 is based on astronomical calculations relating to years in which Nisan 14 fell on a Friday….All we can say with any confidence is that Jesus died some time between around 29 and 33 CE (any later and Pauline chronology becomes problematic).6

Elsewhere Ehrman has shown a preference for 30 CE7 and other scholars tend to lean that way as well.8 If Paul wrote the first epistle to the Thessalonians around 49 CE then this would indeed be “some twenty years after Jesus’ death.”

Thomason next makes two arguments for an early dating of the Gospels. First, she asserts that Paul knew of the Gospel of Luke because in 1 Timothy 5:18 we find the words of Jesus from Luke 10:7 quoted. I have dealt with this issue elsewhere and will not revisit it here.9 Second, Thomason believes that since the Gospel authors fail to mention explicitly the destruction of Jerusalem in 70 CE and that the author of Acts doesn’t discuss the deaths of either Paul or Peter then they must have been written before these events. But she has elsewhere indicated that she believes the Gospel of John was written sometime around 90 CE.10 Yet the Johannine author never mentions the fall of Jerusalem. So why does Thomason accept the standard scholarly date of 90 CE for the writing of the Gospel of John but not the standard dating for the Gospels of Matthew, Mark, and Luke? I have already written a post on the dating of the Gospels and so I invite the reader to take a look at that post.11 Needless to say, Thomason’s scheme is off and Ehrman’s view stands.

Thomason next takes issue with Ehrman’s discussion of other Gospels that were written besides those found in the canonical New Testament. She says,

On page 24, Ehrman makes the claim that “many others” were written, citing Luke 1:1 and his reference to “many” “predecessors.” His examples of many others on page 24 are three Gnostic gospels: Philip, Judas Thomas, and Mary Magdalene.

Ehrman does fail to mention the dating of these later Gospels but the context makes it plain he considers them to be written after the canonical Gospels: “Other Gospels, including some of the very earliest, have been lost.”12 Ehrman’s main point is to note that Christians wrote additional Gospels because they “were concerned to know more about the life, teachings, death, and resurrection of their Lord” and therefore “recorded the traditions associated with the life of Jesus.”13 Their canonicity is a non-issue for Ehrman’s point and so Thomason’s subsequent discussion is a red herring.

Setting aside Thomason’s simplistic view of how the canon developed, it is interesting to note what she says about the Lukan author’s claim that “many have undertaken to set down an orderly account of the events that have been fulfilled among us” (Luke 1:1).

The fact Luke stated that “many have undertaken to draw up an account” does not mean many were successful in completing their undertakings. It may mean that many started and only a few – or two – finished.

But notice what the author says in Luke 1:3 – “I too decided…to write an orderly account.” Since Luke evidently completed his account, it stands to reason that there were other completed accounts as well.

I won’t touch on her discussion of Q since she evidently doesn’t know what Q is or how it functions with regards to the Synoptic Problem. Heather Schuldt revealed similar ignorance regarding Q and here is what I said about it.

[T]he purpose of Q was to account for passages not found in Mark but found in Matthew and Luke and this leads to a huge problem for Schuldt. The existence of Q is tied to the notion of Markan priority. Markan priority entails that the authors of the Gospels of Matthew and Luke used Mark as one of their sources in composing their narratives. But why would Matthew – an actual disciple of Jesus – need to use any source, especially Mark’s who wasn’t even a disciple? If Matthew was an eyewitness then there would have been no need to utilize Mark (let alone Q) as his source! Schuldt then has undermined the very position she was trying to promote!14

Finally, Thomason discusses Ehrman’s mentioning of “lost letters” that were written between Paul and the churches to whom he ministered. But as Ehrman explains, his “point is that letters were important to the lives of early Christian communities.”15 In fact, the entire point of the first chapter of Misquoting Jesus is to explain the “bookishness” of Christianity as seen in the New Testament documents.16 So why in the world does Thomason say the following?

The fact we do not have those or other early letters does not discount the validity of the letters we do have. We have no evidence that any substantive letters are missing – or that early church fathers lamented particular missing letters. One can reasonably conclude no substantive information is missing.

This is nothing more than a strawman set up by Thomason. Nowhere does Ehrman suggest that these missing letters means that what is not missing is somehow invalid. As Ehrman himself explains, the section titled “Christianity as a Religion of the Book” (pages 20-29) was his attempt at “summarizing the different kinds of writings that were important to the lives of the early Christian churches.”17 Imputing to Ehrman a subversive motive that simply isn’t there speaks volumes about Thomason’s inability to read fairly or engage with what she has read in good faith.

So far, the pop-apologist is not off to a very good start. I do not have high hopes that her future posts will get any better.

2 Bart Ehrman, Misquoting Jesus: The Story Behind Who Changed the Bible and Why (HarperSanFrancisco, 2005).

7 Bart Ehrman, Did Jesus Exist? The Historical Argument for Jesus of Nazareth (HarperOne, 2012), 56. 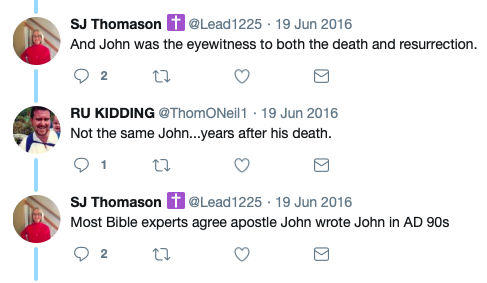 3 thoughts on “Lost in the Weeds: SJ Thomason Takes on Bart Ehrman, part 1”